On the 18th of March 2016 Barrs Bay Park (Hamilton, Bermuda) played host to the Ocean Vet Premier. A huge amount of work from all involved ensured it would be a night to remember. Local news provided coverage of the event as final preparations came together.

A night to remember 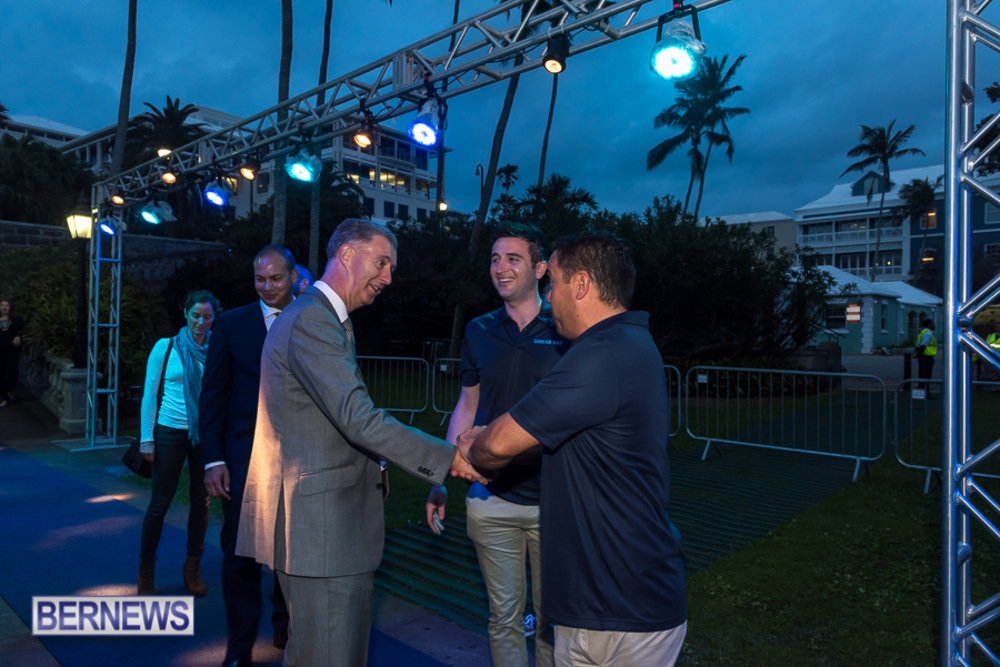 Those lucky enough to get a ticket (the event sold out in under 2 hours!) were invited to "Step into the Blue" as attendees were transported into an oceanic world.
The event was attended by His Excellency The Honourable George Ferguson (Governor of Bermuda.) Series producer Andrew Smith introduces His Excellency The Honourable George Ferguson to Ocean Vet marine biologist Choy Aming. The Governor delivered a speech that recognised the importance of Ocean Vet to Bermuda, and paid tribute to Neil Burnie's amazing character.
The main event was an exclusive screening of the Ocean Vet Diaries episode. The episode was introduced by series narrator and academy award winning actor and producer, Michael Douglas.
His contribution to the series was pivotal in ensuring it's completion after Neil's tragic death.

A tribute to Bermuda

It's amazing to be back in Bermuda hosting our premier here. There is absolutely no where else in the world more appropriate. All of the Bermudians that helped put this event together have done a spectacular job, I can't thank them enough. Everyone is having a great time, it's just a shame Neil isn't here in person to deafen us with his saxophone and harmonica - Andrew Smith, Series Producer 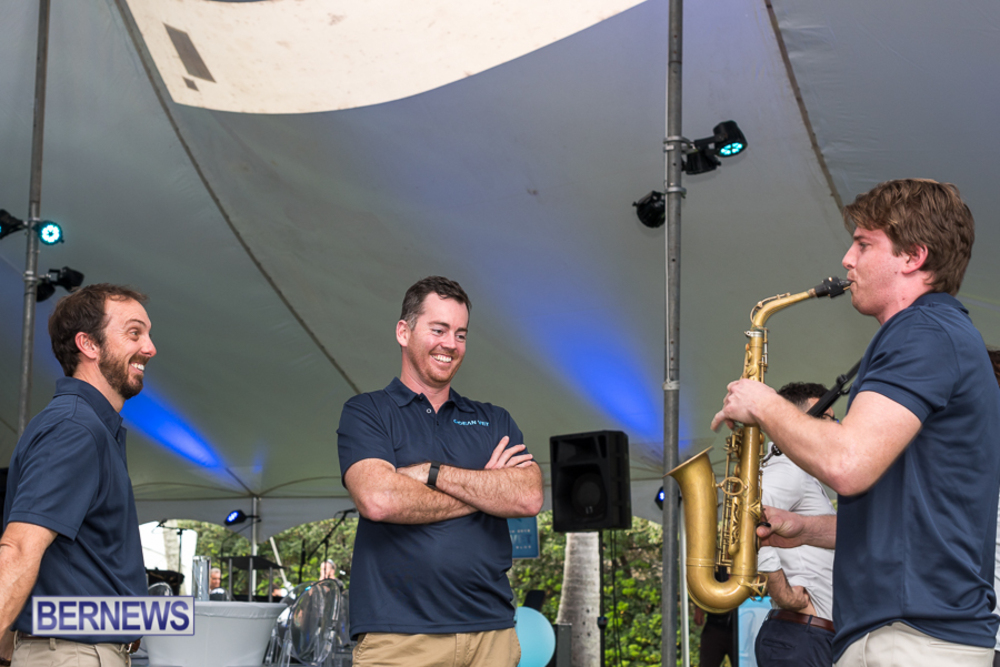 Neil's step son Oscar Deuss provided exceptional musical talent on the saxophone. He was accompanied by a host of local musicians who jammed together well into the early hours. Screens encircling the venue ensured all who attended saw the finished episodes. Celebrating Ocean Vet, Neil Burnie style it was a fitting tribute to Neil's character, and an emotional night for many that attended. Several cocktails had been designed for the event by Bermuda's very own Stefan Gitschner and Somers Carr from Twisted Spoon. These included the "Burnie Collins", "Cha-Ching Aming", "Saxomonica" and "Swizzle Shark." All went down a little too well.

This is exactly how Neil would have wanted it. All of his friends, family and fellow Bermudians celebrating Ocean Vet the Bermudian way - music, drink, good food, good company and plenty of dancing - Choy Aming, Co-Presenter, Colleague & Friend

The premier was a huge success. The reaction to the episodes was phenomenal and attracted huge praise from all that attended. Special praise must be given to Lynda Johnson from BAMZ (Bermuda Aquarium Museum and Zoo.) Lynda and her team's commitment to the event was incredible. Their passion and organisation ensured it will be an event long remembered in Bermuda. Lynda is undoubtedly the Ocean Vet mum!

The Ocean Vet premier WOULD NOT have been possible without the following people.

The investors without whom Ocean Vet would not have been possible.

And last but by NO MEANS least...

Where can we watch Ocean Vet?