Alistair McGowan is the secret voice of Ocean Vet

We needed to find someone who sounded exactly like Neil Burnie; step forward Alistair McGowan.

During filming there were several situations in which it was not practical for us to record Neil’s audio whilst he was underwater presenting to camera. On several occasions the OTS behaved unpredictably and inconsistently because of sea state. It just wasn’t possible to guarantee good audio. We had to think of a work around.

We decided after we’d captured the action Neil could dub in his dialogue from the swimming pool back at brightside (our production office). We rigged up the recording equipment, Neil would jump in the pool and re-record what he had said earlier, then we’d sync it up in post. It was a safer and far more practical way to work. After Neil’s death several key sequences still required his voice. These sequences were vital. There was no other work around, if no one could be found the episodes would have to be abandoned.

We began the search. Not only did we have to find someone who could impersonate Neil flawlessly, they would have to be comfortable recording underwater in full face dive mask. We put together several clips of Neil and emailed them to a number of agents. After listening to a host of auditions we finally received one that sounded exactly like Neil. The first time I played the clip I knew we had the guy! When I looked down the email to see who it was I couldn’t believe it, it was Alistair McGowan.

If you’re familiar with UK TV you’ll know Alistair McGowan. His show The Big Impression was on BBC 1 from 2000-2005. It was a ratings killer and made Alistair McGowan a household name and the UK’s number one impressionist.
Alistair also has several drama credits to his name. In 2005 he starred alongside Gillian Anderson, Carey Mulligan, Anna Maxwell-Martin and Charles Dance in the BBC’s adaptation of Charles Dickens Bleak House.

In the pool with Alistair McGowan 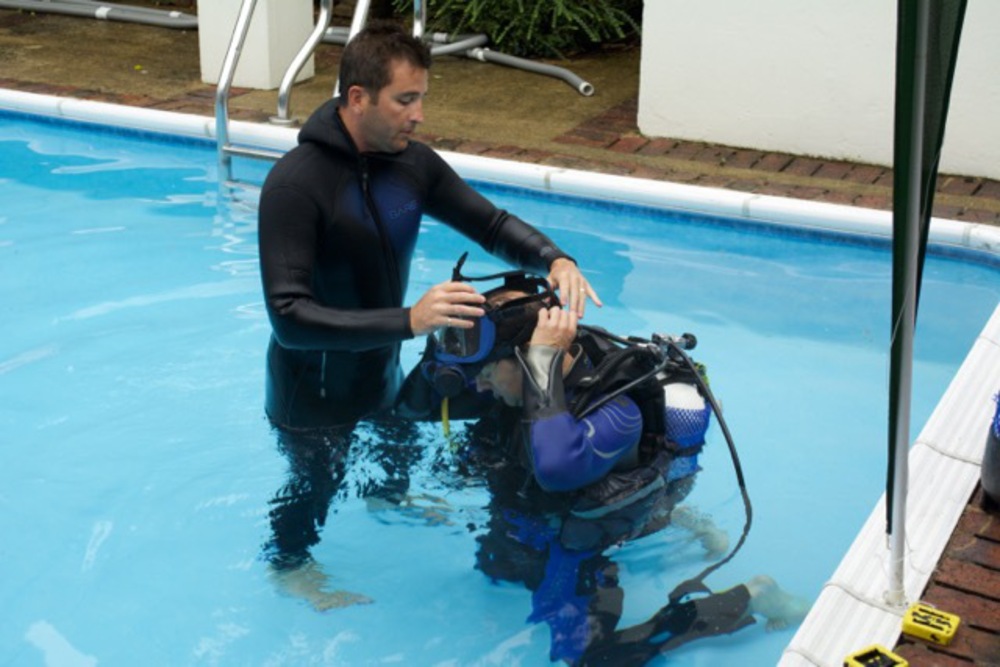 When I spoke to Alistair’s agent she confirmed that he was onboard but that he’d never dived before. I didn’t see the lack of dive experience as a problem. I was confident I could walk him through the equipment. Since all of the work would take place in a shallow swimming pool there was very little risk. On the 16th of September 2015 Alistair McGowan arrived to complete the voiceover. Although it wasn’t a particularly nice day he was in good spirits. I got him into his dive kit and walked him through the recording procedure. Alistair had received the script and copies of the episodes several weeks in advance to prepare and rehearse. With everything set to go and Alistair happy we began the recording session. Whilst Alistair was recording I could only hear him through his mask underwater. 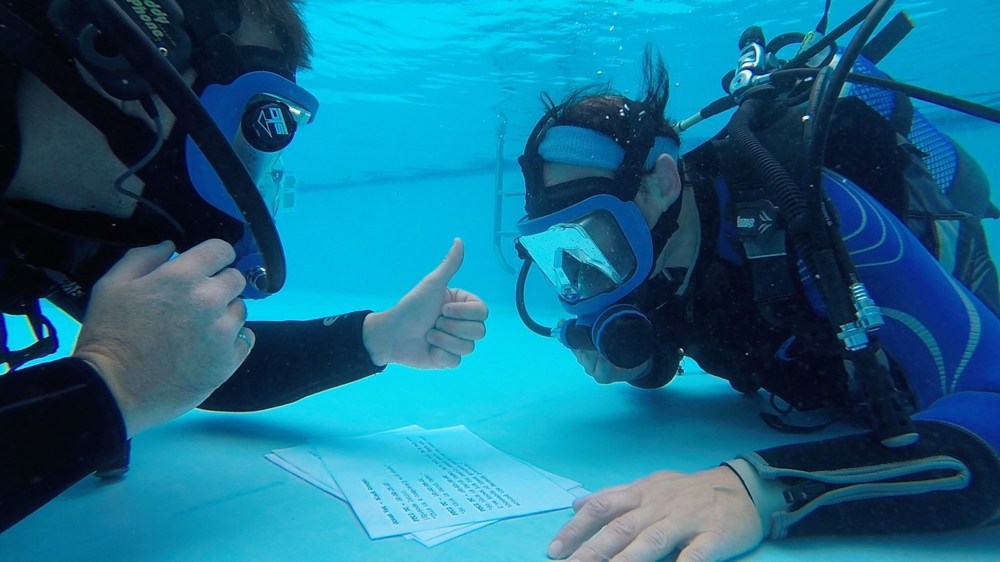 What i did hear sounded exactly like Neil. Once we’d finished the first recording session I can remember coming to the surface and seeing the look on Dan’s face. He was over at the laptop monitoring the recording. He looked like he’d seen (or heard) a ghost! When I listened to the playback I was stunned. It was Neil, 100% Neil.
Once we’d finished recording, Alistair was kind enough to stick around to review his work. Even he was impressed with the likeness to Neil! Without Alistair McGowan’s talent it’s likely that 3 of the episodes would have never been finished. His courage to undertake such a difficult role ensured the episodes could be completed. Such was the quality of his work, Dan and I have vowed never to tell anyone exactly what sequences he did. We’ll leave it up to you, we’re confident you won’t be able to tell.